Origin and distribution: The Abigar cattle are classified as 'sanga' and are the sub-type of Nuer cattle found principally in the border area between Ethiopia and Sudan, with larger extension into Ethiopia covering the Akobo area of Gambella. They are found along the White Nile in southeastern Sudan (mainly bred by Dinka, Nuer and Shilluk tribes) and in the adjacent lowlands of southwest Ethiopia including Itang, Jekaw and Akobo districts of Gambella Regional State (mainly bred by the Nuer and Anuak tribes) (Alberro and Haile-Mariam 1982). A molecular genetic study has revealed that the Abigar cattle have the highest indicine allele frequencies next to Danakil breed among African sanga cattle breeds (Hanotte et al. 2000) [CS 1.10 by Okomo].

Physical characteristics: They are tall and heavily built; they have an excellent conformation with an almost straight back and rump, good heart girth, and deep body and flanks. The head has a straight profile. The horns vary in length and shape but in general are very long and project outward and upward or are oval. Animals with loose, unattached and, in some cases, short horns, are restricted to the northern part of the Nilotic area; this is due to the influence of zebu on Shilluk and northern Dinka herds along the Nile, North of Malakal (South Sudan) The hump is small and the dewlap is 24-30 cm in length and 20 cm in width. The rump, in contrast to various Ethiopian zebu cattle, is only slightly sloped. Typical coat colours are white or grey to light fawn with red or black patches being common.

Peculiarity: Most of the Abigar cattle are managed by Nilotic nomads called 'Nuer' or 'Abigar' using open pasture for feeding, traditional curatives for diseases and open (or no) shelters. There is a simultaneous control of external parasites through smoking around their shelter and dusting the skins of cattle with ashes. Because of its location within the tsetse zone, the breed is expected to have some level of trypanotolerance. However, preliminary results of an on-going comparative study (Lemmecha et al. forthcoming) on the response of four indigenous cattle breeds of Ethiopia, namely Abigar, Horro, Sheko and Gurage, to natural trypanosomosis challenge indicated that the Abigar breed, at least, is inferior to the Sheko and Horro cattle breeds in controlling parasitaemia and maintaining packed cell volume (PCV) in the Ghibe valley in Ethiopia.

Breed status: The present population of these cattle in Ethiopia is about 548 600 (Rege 1999). They are not in a state of disappearance; besides, the regional government of Gambella is undertaking a project to maintain and improve the breed in a ranch. The status of the breed in Sudan is not known. Related cattle breeds in the Sudan are the Nuer, Aliab Dinka, Aweil Dinka and Shilluk cattle (Rege 1999).

Utility: The Abigar cattle are used mainly for milk; they are used for their beef during traditional ceremonies; occasional taking of blood from young bulls for human food was common in earlier times (Rege 1999). Since the time of settlement of other tribes in Gambella region oxen have also been trained for ploughing (Shiberu 2002). They are said to weigh up to 550 kg. Under normal circumstances, they produce 3-5 litres of milk per day. Faulkner and Epstein (1957) indicated the average milk yield to be 750 kg per lactation with 6.5% butterfat. They are known to be docile animals.

Faulkner D.E. and Epstein H. 1957. The indigenous cattle of the British dependent territories in Africa. Colonial Advisory Council of Agriculture. Animal Health and Forestry Publication No. 5. (As cited by Epstein H. 1971.)

Shiberu M. 2002. A survey on cattle management and utilization in Gambella region. In: Livestock in Food Security - Roles and Contributions. Proceedings of the 9th conference of the Ethiopian Society of Animal Production (ESAP) held in August 30-31, 2001 Addis Ababa, Ethiopia. pp. 91-98. 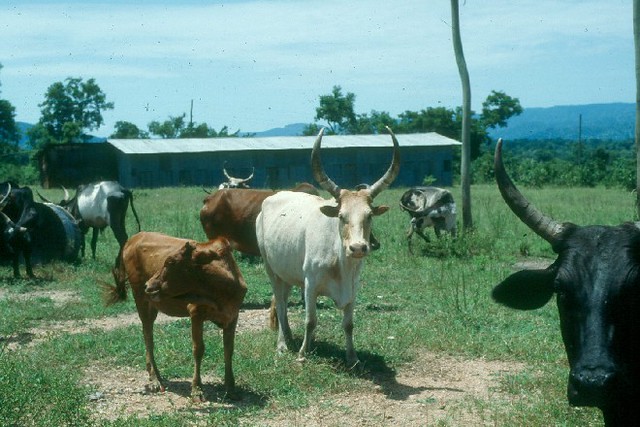 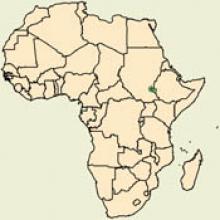